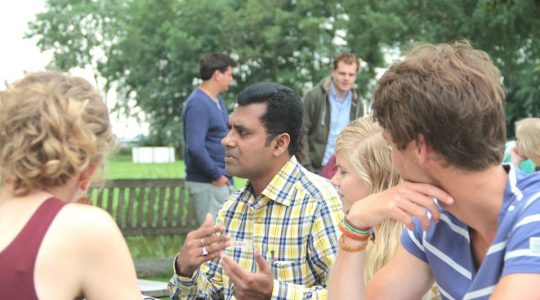 Mr. G M Mourtoza, the Director of CCD Bangladesh has passed some wonderful and memorable time with a group young Dutch people of ‘Peace of Mind- POM 2013’ summer course in the Netherlands.

During this summer course a number of Dutch young people have developed a radio show plan called “Break the Silence” for creating a space where Bangladeshi women can share sexual violence that have been happening against them.

Their planned radio show has been broadcasting through Radio Padma 99.2 FM since 2014 and now it is one of the most popular shows of this radio station.

We are really grateful to those Dutch young people who have developed the show’s idea.